I met Damir Sabol as the founder of Iskon, the first independent Croatian ISP. While it was obvious he knew what he was doing, I didn't expect him to start not one but two more successful technology companies:

So it was exciting when Photomath's Head of Engineering Marko Velić and Employer Brand Manager Jelena Jelušić tasked me to help them launch their engineering blog. Its goal is to share knowledge and help Photomath recruit the best talent both in Croatia, US, and other markets.

The challenge? Getting content from busy engineers of course. Thankfully, my Writing for Engineers workshops have been engineered (ha!) to help not just educate but also facilitate engineers to write better - and finally publish.

The first workshop hosted a dozen Photomath engineers and resulted in exactly as many high-quality posts for Photomath's Engineering blog, including one about how Node.js was killing polar bears. Wait, what? You'll have to wait and read the blog!

If you want to get to know the details about Photomath, but also Damir's career so far, I'd recommend the podcast we recorded:

Share this article:
The link has been Copied to clipboard! 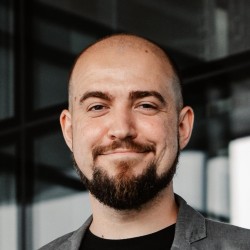 Stay up to date! Get all the latest posts delivered straight to your inbox.
Press ESC to close.

Interviewing Great People Infobip acquisition Netokracija
You've successfully subscribed to Ivan Brezak Brkan
Great! Next, complete checkout to get full access to all premium content.
Error! Could not sign up. invalid link.
Welcome back! You've successfully signed in.
Error! Could not sign in. Please try again.
Success! Your account is fully activated, you now have access to all content.
Error! Stripe checkout failed.